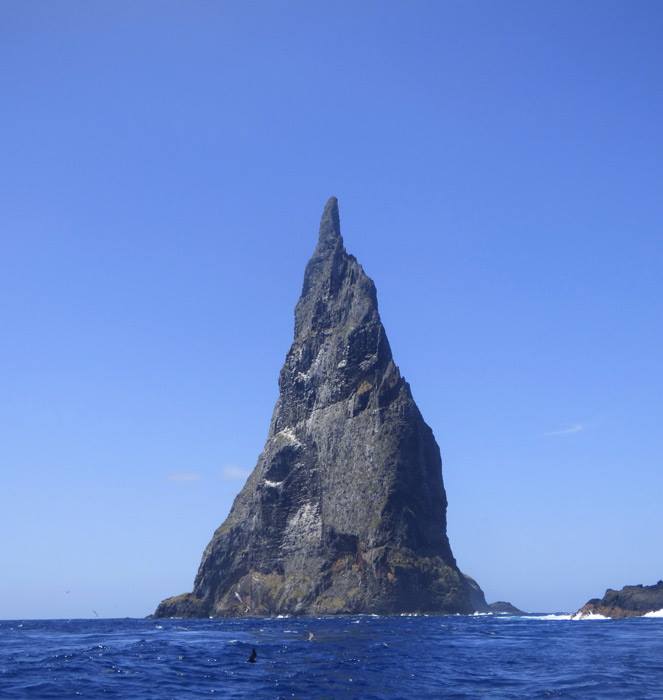 A lone bush 225 feet up an isolated pinnacle of rock in the ocean off South Australia sheltered a small colony of the largest, heaviest and flightless stick insect in the world. It had become extinct in its home on Lord Howe Island, 13 miles away, because of rats from a shipwreck in 1918. In 2001, two climbers discovered 24 insects sheltered by a small shrub. After 2 years of deliberations, the Australian government allowed removal of 4 insects to start a breeding program. Two were given to a Melbourne breeder but they died soon. The two others were given to Melbourne zoo. When one was dying, the caretaker, in a moment of inspiration, fed it drop by drop a concoction including calcium and nectar. Miraculously, it survived and the zoo has by now bred over 11,000 insects!