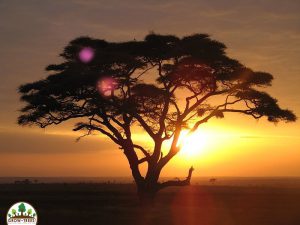 The Sahara is the second largest desert in size and is continually expanding. The United Nations estimates that by 2025, two thirds of Africa’s arable land will be covered in Saharan sand, vastly expanding the current 9 million square kilometers. The effects of this prediction on farmland destruction on a continent already hard-pressed for food would be devastating on any level.

With this threat in sight, African leaders of Senegal, Mauritania, Mali, Burkina Faso, Niger, Nigeria, Chad, Sudan, Eritrea, Ethiopia and Djibouti have come together on an unprecedented endeavor to stave off impending catastrophe. Once complete, Africa’s Green Wall will be a man-made forest of drought-resistant trees stretching across the entire continent. Nine miles wide and 4,750 miles long, the vision for the project is as ambitious as it is necessary. So far, only 330 miles of greenery stands guard in Northern Senegal and is costing the Senegalese government over $6 million since the start of digging in 2008. International organizations have pledged over $3 billion to the monumental defense system.

Leaders point out that the Great Green Wall is about more than just protection from windblown sand. The project will bring thousands of jobs to impoverished communities and has already transformed otherwise unusable land into gardens scattered with tree nurseries. The influx of tourists, scientists and medical professionals has also brought attention and resources to a neglected region in which aid is scarce and doctors are not readily available for the needy populations. 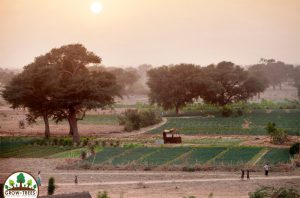 The Great Green Wall of Africa is one of the most ambitious environmental and climate change projects in the world. The World Bank, the African Union and the French government have collectively invested, or pledged, billions of dollars to the project.

Elvis Paul Tangam, who oversees the project for the African Union, says about 15% of the trees have been planted so far, mostly in Senegal and Burkina Faso. “They have planted more than 27,000 hectares of indigenous trees that don’t need watering. Many animals that had disappeared from those regions are reappearing—animals like antelopes, hares, and birds that for the past 50 years, nobody saw,” he told Public Radio International.

June 17th is the World Day to Combat Desertification and Drought and here are some causes of desertification.

Wind and water erosion aggravate the damage, carrying away topsoil and leaving behind a highly infertile mix of dust and sand. It is the combination of these factors that transforms degraded land into desert. 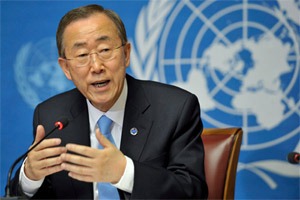 “Without a long-term solution, desertification and land degradation will not only affect food supply but lead to increased migration and threaten the stability of many nations and regions. This is why world leaders made land degradation neutrality one of the targets of the Sustainable Development Goals.” – UN Secretary-General Ban Ki-moon

One thought on “Africa’s Great Green Wall To Fight Desertification”