As we approach World Tiger Day on July 29, Grow-Trees brings you a series of blogs about Tigers in India. Grow-Trees has three projects which are positioned for the benefit of Tigers along with other wildlife in the project areas. We start the series by posting the basic information about this iconic creature. 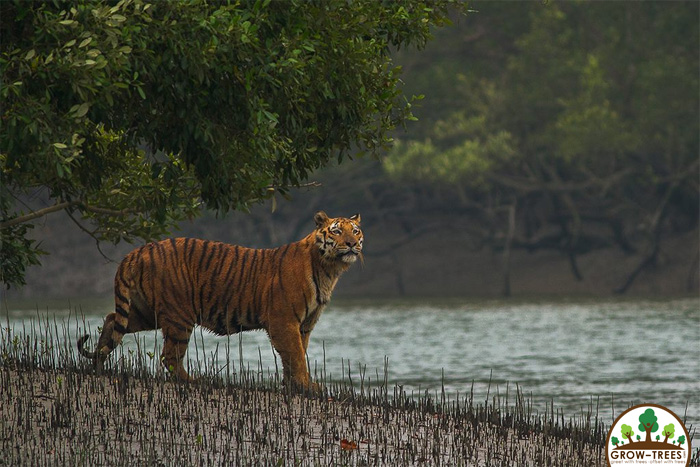 Apart from these, White Tigers are also seen in India which are nothing but Mutant Bengal Tigers with a pigmentation variant. It is seen sparingly in some areas of Assam, West Bengal and Bihar.

India is home to Bengal Tigers and contributes to almost 70% of the world’s Tiger population. The country has 49 Tiger reserves governed under Project Tiger which is administered by National Tiger Conservation Authority.  This programme was launched in 1973 by the Government of India and aims at ensuring a viable population of Bengal Tigers in their natural habitats and to protect them from extinction. The government also set up a Tiger Protection Force to combat poachers and funded the relocation of humans living in the Tiger inhabited areas to minimize the man-animal conflict. 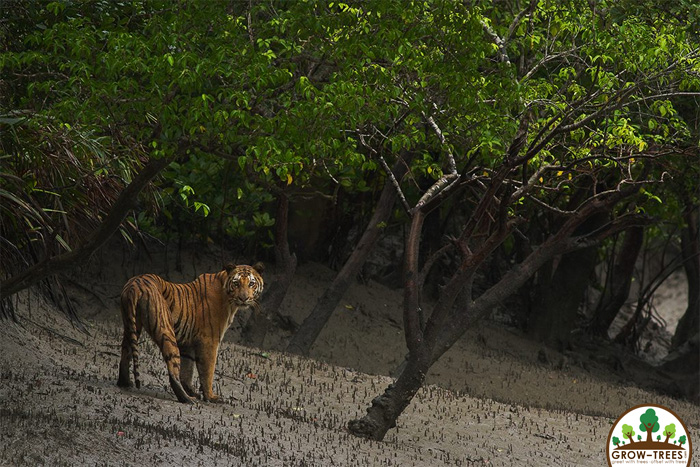 In India, Karnataka accounts for the highest number of Tiger population followed by Uttarakhand and Madhya Pradesh. The dwindling number of Tigers in the country has forced the Government to set up new Tiger Reserves and to take strict measures to ensure their conservation. Reports said that the Tiger population in India was reduced to half from their earlier figure in 1990s to 2003-04. Many factors have caused their numbers to fall, including habitat loss, poaching and climate change. In fact, India’s Sariska Tiger Reserve lost all of its 26 Tigers in year 2006, mostly due to poaching. Between the years 1994 and 2009, WPSI has documented 893 cases of Tigers killed in India which is just a fraction of total Tigers killed in that period.

On a positive note, a recent WWF study estimates, the Tiger population in the world has grown from 3,200 to 3,890 in the last five years which is a pleasant 22% increase. In India too, the Tiger population has risen from 2,226 in year 2014 to almost 2,500 in year 2016. The budgets for Project tiger have also been doubled by the current government.

One of the ways of conserving Tigers is by planting trees so as to provide them natural habitat for living and breeding. Grow-Trees, as a social enterprise is aspiring to impact the Tiger habitat by planting trees in the buffer zones and corridors of Tiger Reserves. Started its operations in year 2010, it has been planting trees in three projects dedicated to Tigers apart from other projects for wildlife and rural communities. It has planted over 6 lacs trees in three Tiger Reserves namely Sundarbans National Park (West Bengal), Sariska Tiger Reserve (Alwar, Rajasthan) and Kanha National Park (Madhya Pradesh). The number also includes the number of trees planted in the Tiger corridor between Kanha National Park and Pench National Park as a regular movement of Tigers has been seen between the two National Parks. This has been documented after seeing radio collared males crossing their territories and moving to the next national park which increasingly calls for more of such corridors. The trees planted in the peripheries are intended to keep the locals away from the core and reduce man-animal conflict. Thousands of individuals and dozens of companies have helped Grow-Trees plant these trees and it is an on-going process. 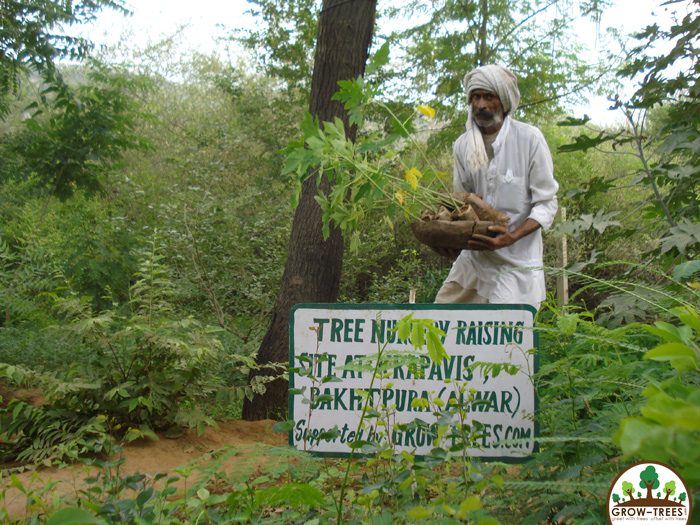 Saplings in the Nursery at the Grow-Trees.com Project in Sariska Tiger Reserve

Grow-Trees vows to plant millions of trees for Tigers and seek the support of individuals and companies for the same. It is easy and less expensive than one can imagine. Go ahead and plant trees for Tigers!