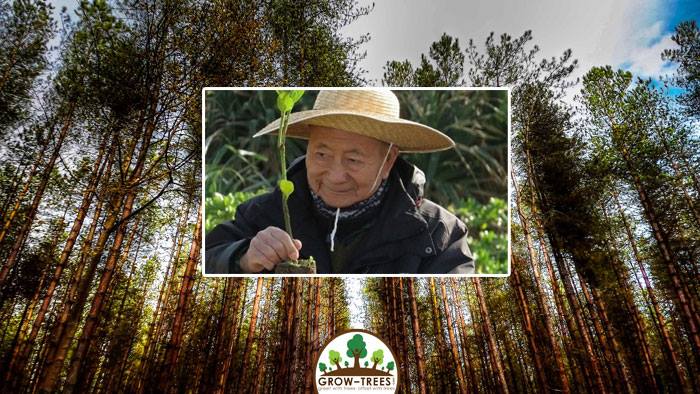 The 88-year-old Japanese environmental scientist Akira Miyawaki has planted more than 40 million trees in 15 countries. He has developed the “Miyawaki method” to restore native forests from seeds of native trees on very degraded soils which were deforested. In 2006, he was awarded the 15th annual Blue Planet Prize. He is advocating using planned forests as tidal-wave shields – after the earthquake in 2011, the tsunami destroyed hard concrete barriers but coastal Shinto shrines and temples survived, protected by forests of native trees.

When asked “Why do you plant trees?” Miyakawi answers, “Humans have survived until today supported by forests. The life for surviving tomorrow begins with creating true ‘forests of life’ by planting trees today.”