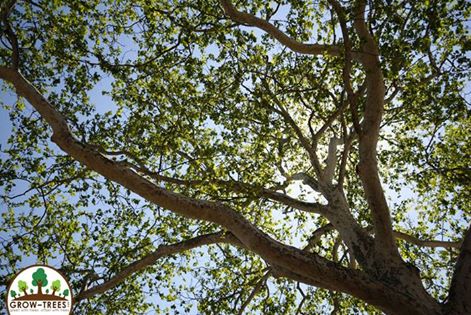 American Sycamore is a fast-growing tree.

It can reach around 40 meters or 130 feet in height and is found in the eastern forests of USA.

An ornamental feature of this tree is its brown bark which exfoliates in irregular pieces to reveal a creamy white inner bark. It can be found at the edges of streams, lakes and ponds as it likes moist soil. It is also planted along streets and as a shade tree.

Another name for it is buttonwood. The New York Stock Exchange was formed under the terms of the “”Buttonwood Agreement”” that was signed under a buttonwood tree at 68 Wall Street, New York City in 1792.