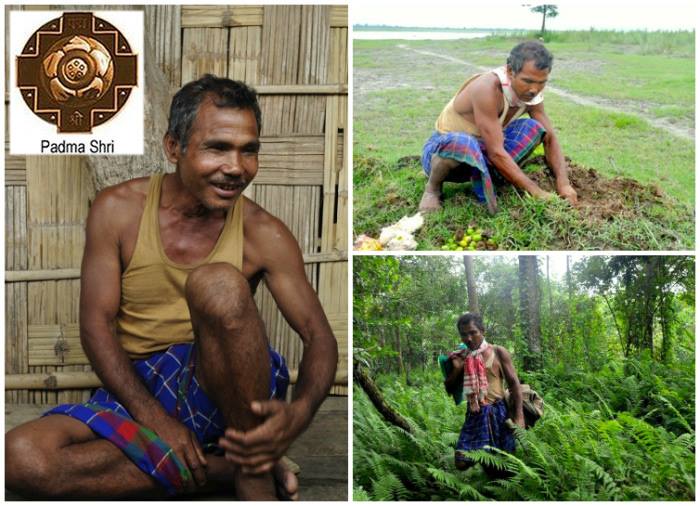 “Forest Man Jadav Payeng has been honoured with the Padma Shri, India’s fourth highest civilian award for his contribution to the environment.

In Northeast India in the Brahmaputra River is Majuli Island, a giant sandbar that happens to be the largest river island on Earth and home to around 150,000 people. It is also the location of the 1,360 acre Molai Forest, one of the most unusual woodlands in the world for the amazing fact that it was planted by a single man. Since 1979, environmentalist Jadav Payeng has dedicated his life to planting trees on the island, creating a forest that has surpassed the scale of New York’s Central Park.

Payeng’s work has been credited with significantly fortifying the island, while providing a habitat for several endangered animals which have returned to the area; a herd of nearly 100 elephants (now given birth to an additional ten), Bengal tigers, and a species of vulture that hasn’t been seen on the island in over 40 years. ”