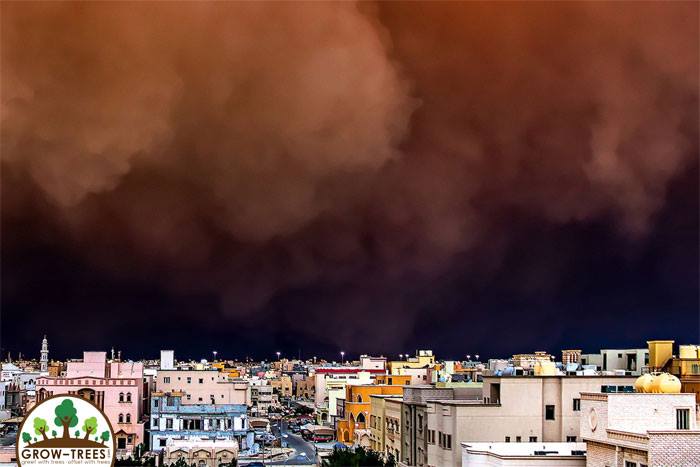 Kuwait witnesses many sandstorms, some are hundreds of metres high. They travel across from the Arabian Desert at speeds of up to 100 kph, costing the region’s economies dearly.

A volunteer organisation Kuwait Oasis began the “”Kuwait Green Wall Project”” to plant 315,000 trees along the country’s 420 km or 261 miles borders by 2019 to hold back the moving sands. A similar initiative in Mongolia’s Kubuqi Desert reduced sandstorms from 80 a year to fewer than five. They both use Waterboxx plant incubators so each tree consumes 35 times less water than with standard irrigation.

Essa Ramadan, senior meteorologist at the Kuwait Meteorological Department said “”Dam-building in Turkey, climate change and the environmental destruction in the wake of the Gulf War”” are some reasons for the sandstorms.