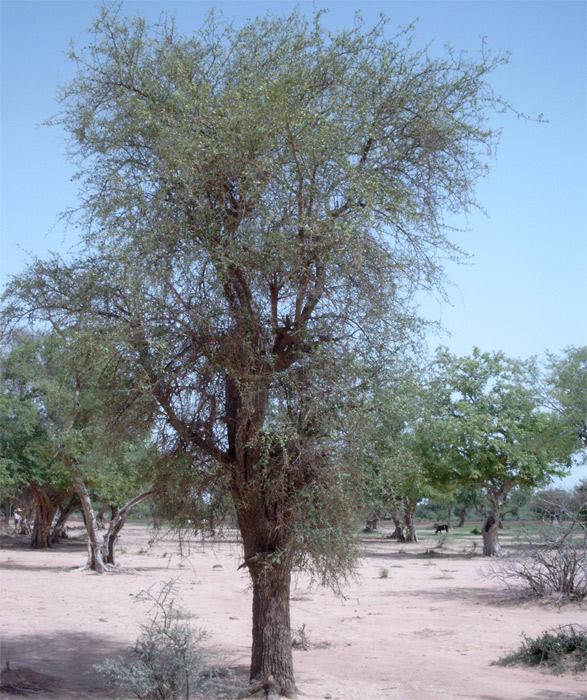 “Dessert Date or Soapberry Tree is native to parts of Africa and Middle East.

It can grow to 30+ feet in height and was cultivated in Egypt for over 4000 years. The fruit is edible and bitter. Various parts of this tree are used as famine foods in Africa – for example, the leaves are eaten raw or cooked, the oily seed is eaten after boiling to make it less bitter and the flowers are also eaten.

It is considered extremely valuable in arid regions as it produces fruits even during the dry climate. After extracting oil from the seed, a cake is obtained that is used as animal fodder. Natural gums from the branches are used as a glue and the seeds have been used to make jewelry.

In India, it can be found in the states of Rajasthan, Gujarat, Madhya Pradesh and parts of the Deccan Plateau.
”