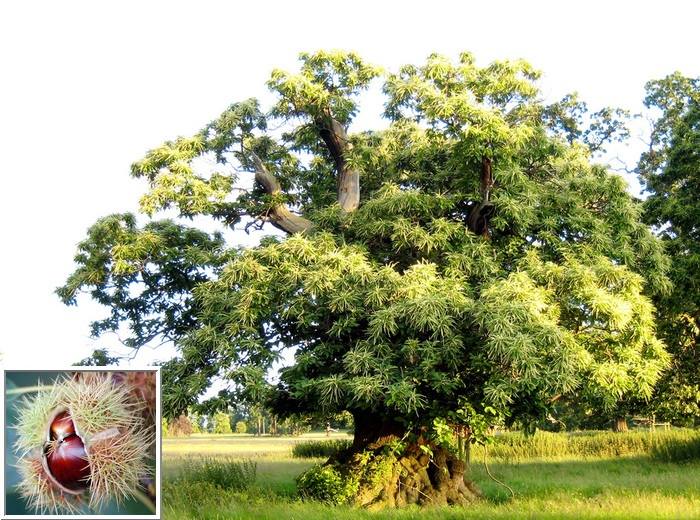 “Sweet Chestnut is a deciduous tree growing to over 100 feet.

It is planted for its edible seeds/nuts contained in prickly husks and was a popular choice for landscaping in England from 18th to 19th century.

The nuts are roasted or ground into flour and were once an important part of the Roman diet. It is said that Roman soldiers were given a porridge made from sweet chestnuts before going into battle.

Today, it is planted as a street tree and centuries-old specimens can also be found in Great Britain and parts of Europe.
”