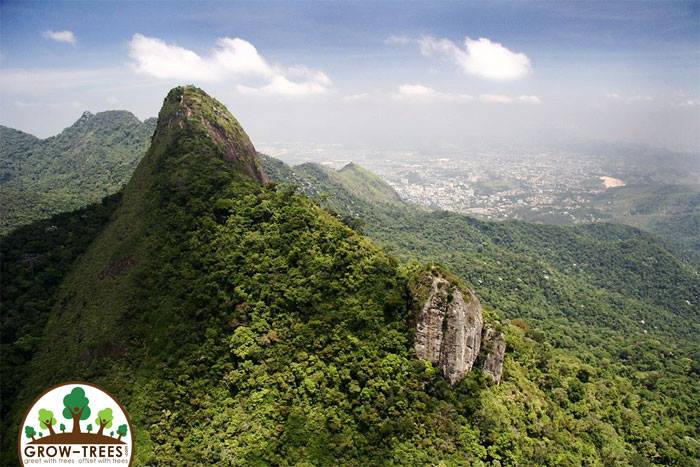 Located in Rio de Janeiro, Brazil, it covers an area around 32 square kilometers and was planted by hand to protect the city’s water supply. It exists today because its earlier inhabitants planted hundreds of thousands of seedlings in the 19th and early 20th century. Over the next few decades, the forest gained National Forest status and received numerous protections and expansions to its boundaries.

The forest is home to hundreds of species of plants and wildlife. The vegetation is so dense that scientists have estimated that ambient temperatures in surrounding areas have been lowered by up to 9 °C. The forest also contains around 30 waterfalls and the most popular attraction is the sculpture of Christ the Redeemer atop Corcovado mountain. The forest attracts around 2 million visitors annually and is responsible for creating much of the rain and fresh water for the city of Rio de Janeiro.”