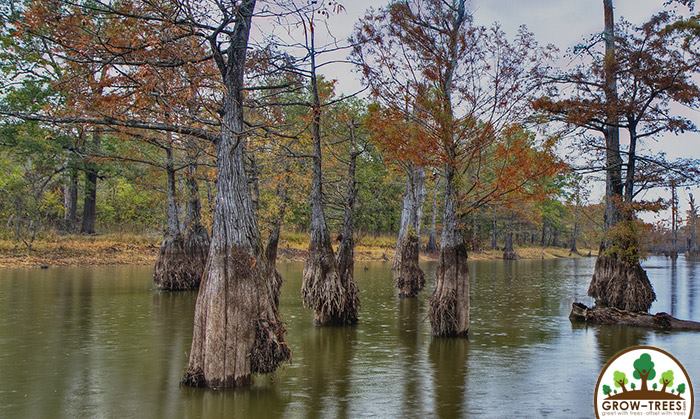 “Flooded forest is a forest that is submerged with freshwater, either seasonally or permanently. It is also called freshwater swamp forests and often found along the lower reaches of rivers and around freshwater lakes.

In the Amazon Basin of Brazil, a seasonally flooded forest is known as a várzea and igapó where varzea refers to whitewater-flooded forest and igapo to blackwater-flooded forest. High rainfall results in extensive seasonal flooding of areas from stream and river discharges that result in around 30-50 feet rise in water levels with nutrient rich waters.

The annual water flooding renews the soil nutrients and hence várzea forests are some of the most productive areas of the Amazon that serve as an important breeding ground for many creatures. In order to grow and survive in this environment, trees, plants and animals must have a large range of morphological, anatomical, physiological and ethological adaptations.

It is currently threatened by deforestation and building of dams. Construction of dams will divert huge amounts of water and substantially change the hydrology and ecosystem. Many tree and plant species have adapted to a particular flooding schedule and alterations in flood patterns like the creation of permanently flooded areas will increase tree mortality. The loss of these trees will likely affect populations of other animals.”