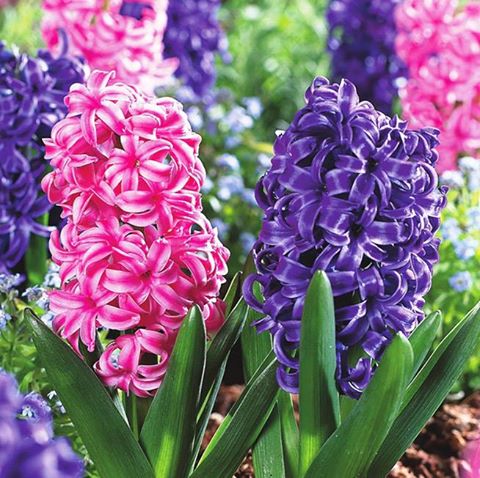 It was very popular in the 18th century and over 2,000 cultivars were grown in the Netherlands, its chief commercial producer. Another reason why its also called Dutch Hyacinth.

The flowers are fragrant and can be found in shades of red, blue, white, orange, pink, violet and yellow. It is pollinated by different insects such as honey bees as its flowers attract them by rewarding them with nectar.