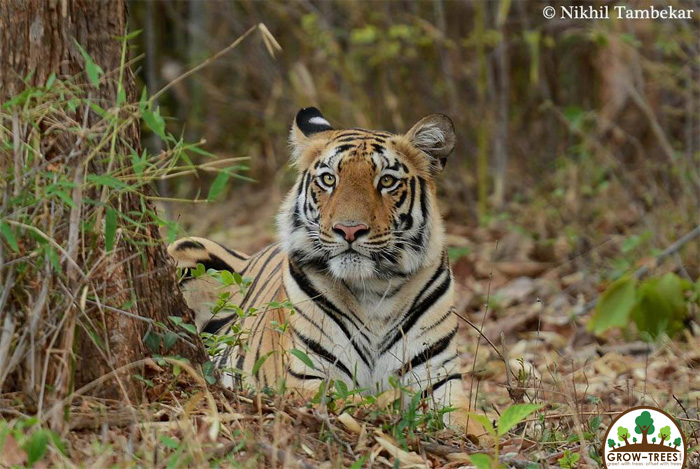 Kanha National Park, said to be an inspiring factor for Rudyard Kiplings ‘Jungle Book’, captured the imaginations of toddlers as well as adults, invoking our deep primal core of being in the wild. The Jungle Book is incomplete without its antagonist ‘Sher Khan’, a Tiger who sits at the top of the food chain is dependent on wildlife and trees to hunt down its prey.  The word ‘Jungle’ collectively invokes our consciousness and eternal fantasy to live in the wild where Tigers and other natural creatures reside. To keep our imaginations running wild, Grow-Trees.com has been working on two live projects for Tigers.

Considering the upcoming Global Tiger Day on 29th July, we bring to you a sneak-peak into our own efforts for the Tigers in India. Grow-Trees.com has undertaken four projects which are meant to primarily affect the Tiger population in the country along with helping other wildlife and rural communities.

In this first post out of the two, we are happy to announce the completion of two of our Tiger projects viz. the project at the periphery of Kanha National Park and the project at the Kanha-Pench corridor, both in the state of Madhya Pradesh. 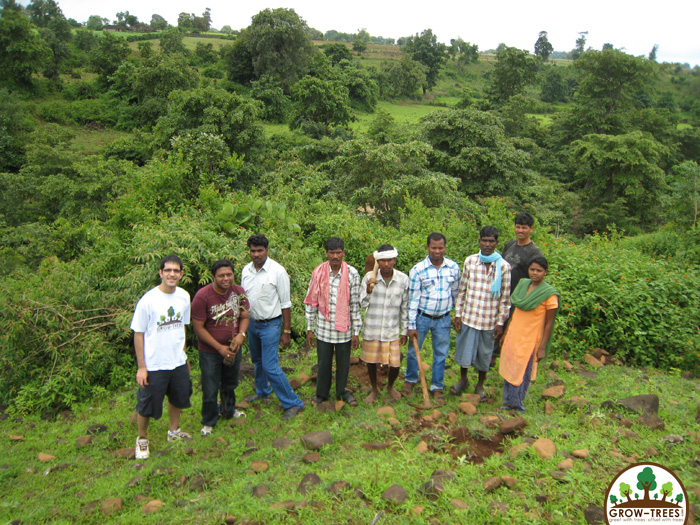 Kanha National Park is one of the finest National Parks in India, located in Banjar and Halon valleys in Mandla / Balaghat and is widely known for its scenic beauty. It is spread over more than 940 sq kms in a horseshoe shaped valley bound by spurs of the Maikal range. It contains one of the largest populations of Tigers in India, along with a decent population of Sloth bears, Leopards, Striped Hyena, Blue Bull, Antelopes, Wild Boars, Spotted Deer, different varieties of Monkeys, etc. Wildlife management at Kanha has managed to rebound extinction of the Barahsingha or Swamp Deer. The forest is also considered a heaven for bird watchers as over 200 species of birds can be spotted in and around.

In order to help the Tiger population in the area, Grow-Trees.com has taken an initiative to plant 100,000 trees at the periphery of the park and has completed the project. These trees are planted in association with Foundation for Ecological Security and are funded by thousands of individuals and scores of companies across the world. To sustain the biodiversity, only local species have been planted such as Bamboo, Amla, Khair, Mahua, Semal, Harra, Behera, Ber, etc. These trees will not only improve vegetation but will also help communities by providing them fruit, fodder, and other forest produce. Planting trees in the periphery of the National Park will reduce the need of villagers to go to the core zone for tree resources which will result in the reduction of man-animal conflict.

Apart from this, Grow-Trees.com completed a 200,000 trees project at the 80 km long S-shaped corridor between Kanha National Park and Pench National Park. The corridor wades through Mandla, Sivni and Balaghat districts of Madhya Pradesh and is considered to be one of the best wildlife corridors in India in terms of encouraging animal movement in the area. Movement of sub-adult Tigers has been recorded multiple times from one national park to the other for mating purposes. 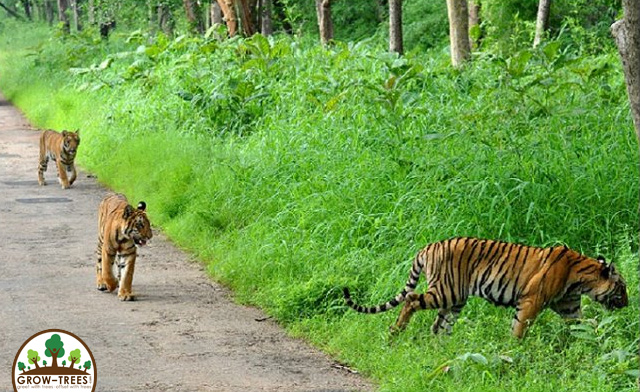 Typically, a Tiger passing through a wildlife corridor has to encounter a gamut of challenges such as poaching, hostility from humans, lack of prey at times, other human interventions in terms of rails and roads etc. This results in the fragmentation of habitats and makes the dispersal more difficult for animals within the corridor. But, such corridors are essential for long term survival and genetic diversity. Without linkages, the Tiger population will be isolated within individual Tiger reserves and will face the risk of extinction due to poaching and loss in genetic vigour eventually.

Grow-Trees’ effort is to reforest the area through planting activity in the forest area and the common lands that form part of the corridor thus enlarging the habitat. Similar to the Kanha project, these trees will also provide resources to the communities residing in the areas. The communities belong to the tribal section of the society and comprise mainly the Gonds and the Baigas. The tree species planted in the corridor are similar to the ones planted in the Kanha National Park area.

Grow-Trees.com is grateful to Vodafone for funding the entire project of 200,000 trees for over two years. We are slated to plant many more trees in these project areas in the upcoming years to protect wildlife and assist the tribal community. Like the individual Kanha project, this project is also assisted by Foundation for Ecological Security who has put continuing efforts to include the Forest Department and the communities in the decision making process of planting trees successfully. 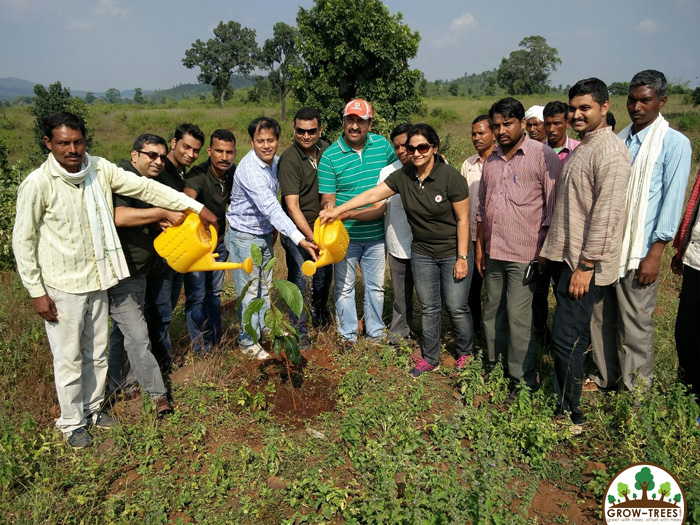 In the next post of Grow-Trees.com, we will elaborate on the two live projects for Tigers where trees can be planted and dedicated. These projects are at Sariska Tigers Reserve, Alwar, Rajasthan and at the Sundarbans National Park, West Bengal. Please visit and plant trees for Tigers at our project in Sundarbans National Park on World Tiger Day, 29th July 2016. Happy planting!

One thought on “Grow-Trees for the Protection of Tigers!”