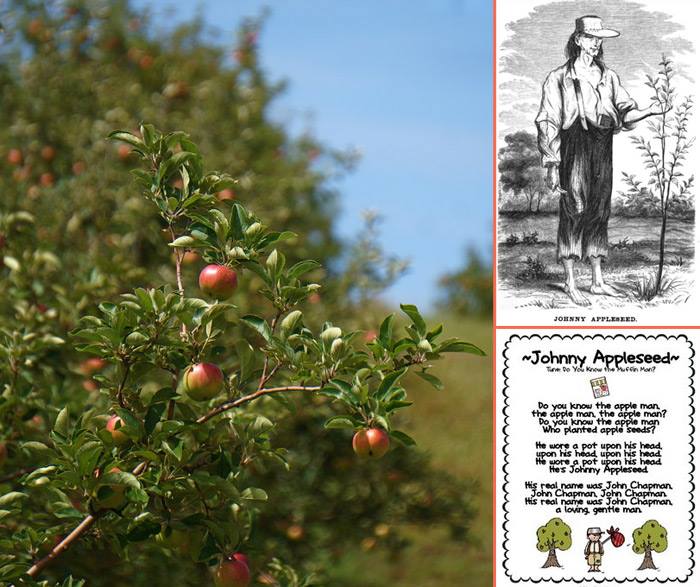 “Johnny Appleseed was a legendary planter of orchards across the states of Ohio, Indiana and Illinois in USA. His real name was John Chapman and he lived from 1774 to 1845. He was a smart businessman as he purchased property, carefully sowed apple seeds and had them available to settlers. The saplings were very valuable as apples were nutritious and orchards were a symbol of permanency. He sold the saplings for 3 cents if you planted them, 6.5 cents if he planted them for you and was generous often saying “”pay me when you can””.

Folklore describes him as “funny looking” because of the way he dressed. It is said he traded apple trees for settler’s cast-off clothing. He was known to give the better clothing to people he felt needed it more than himself.

Johnny preferred to barter and trade food or clothing rather than collect money for his trees. It was more important a settler plant a tree than pay him for it.
”