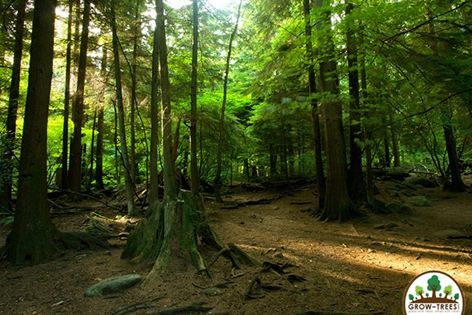 “Second-growth forest is a re-grown forest after a major disturbance either naturally or unnaturally. Fire, insect infestation, timber harvest, clearing for grazing land or windthrow could be some of the disruptions. Also called Secondary forest, it is where a long enough period has passed so that the effects of the disturbance are no longer evident.

It is common in areas where forests have been lost by the slash-and-burn method for agriculture and may also arise from forest that have been harvested heavily. It could take close to a 100 or more years to begin to resemble the original old-growth forest and in some cases a secondary forest may not succeed due to soil erosion and nutrient loss.

It re-establishes itself by the process of succession where openings created in the forest canopy allow sunlight to reach the forest floor and will first be colonized by pioneer tree and plant species. Even though some species loss may occur with primary forest removal, a secondary forest can protect the watershed from further erosion and provide habitat. It may also act as a buffer edge around mature forest fragments and increase connectivity between them.

Most forest of the United States and Europe consist of secondary forest.”